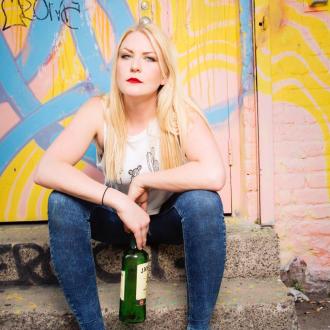 Candyce is a stand-up comic, writer, and actor based in Brooklyn, New York. While living in New York, she has performed in famed clubs such as The Comedy Cellar, The Village Underground, New York Comedy Club, Eastville, Broadway, and Stand Up NY. She has also performed at the Laugh Factory in Chicago. Also, in hostel basements and old man bars. In 2016, Candyce was selected to perform in the Boston Comedy Festival and the She-Devil Comedy Festival. She produces and hosts “Not Right Now Comedy” show that has been featured regularly in TimeOut New York magazine. Her comedy partner, Meagan Walsh, co-hosts. Her favorite standup moment was listening to herself perform on Sirius XM radio in her parked car alone at night while drinking a bottle of wine. Her most recent attainment was performing at Eastville Comedy Club alongside Jim Gaffigan and Judah Friedlander.