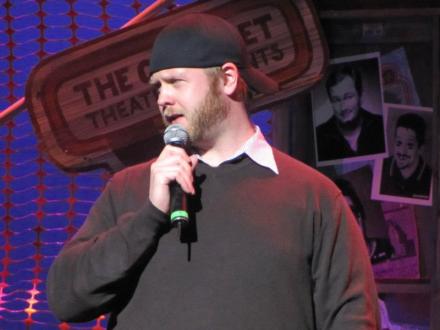 Born in Connecticut, and now residing in Connecticut. Daniel has been involved in the entertainment business since he was a fat 3rd grader. At 8 years old Dan starred as Paul the Paleontologist in the off broadway smash: "Where'd the Dinosaurs Go?!" and played drums in various funk and punk bands over the years. A self confessed film geek, Daniel finally got out from behind the drum kit and got involved in stand-up in 2009. His big break came when he met the lead singer of Soul Asylum at a Bar in New Haven, Connecticut. In the last year Daniel has shared the stage with some of the funniest people in comedy & would probably like to share your stage too.