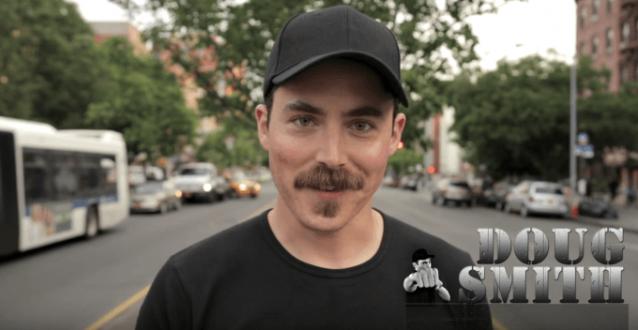 Doug Smith is a rising New York comic who just made his late night debut on Conan. Following his selection as a New Face at the Montreal Just for Laughs Festival in 2013, he's been featured at the Oddball Comedy and Curiosity Festival, Bridgetown Comedy Festival, and the NY Comedy Festival where he was chosen to host six sold out shows for Norm Macdonald. Doug co-hosts the stand-up/variety show See You in Hell which The Comedy Bureau listed in the Top 100 Best Things in Comedy 2014. In 2015, Doug was a finalist in Caroline's March Madness competition as well as the NY's Funniest competition. He is also the creator and star of the web series Secret Weapon, which received high praise from numerous comedy websites and was a finalist at the Channel 101 festival. In addition to Conan, Doug's TV appearances include AXS TV's Gotham Comedy Live and Fuse TV's Uproarious.