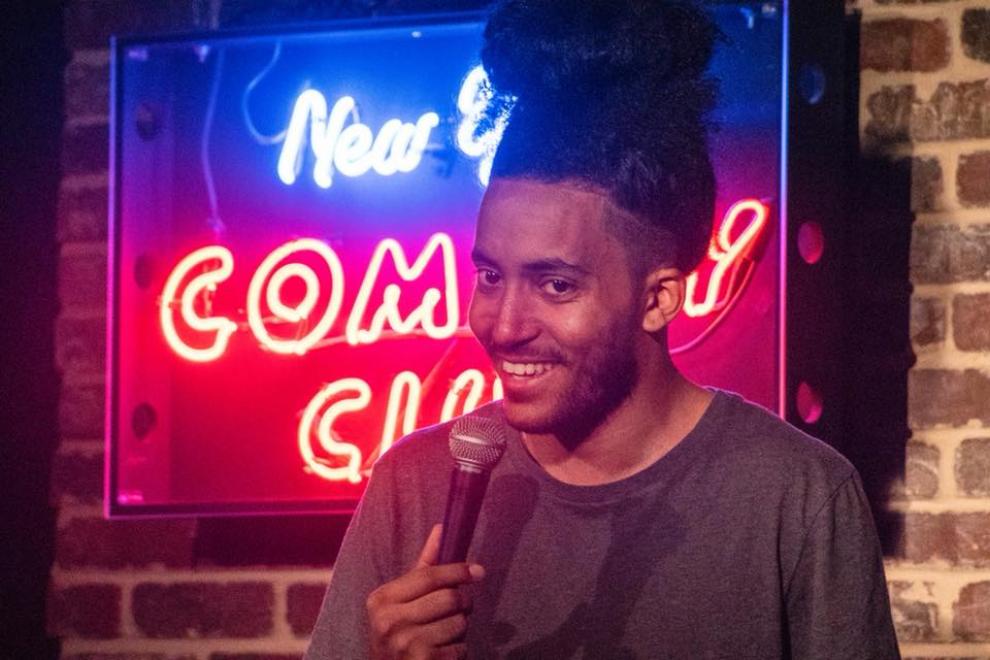 Realizing his passion for stand up, Eagle began his career in 2014. His routines are loose and freeflowing. They are grounded in self deprecation and storytelling. His bi-racial background provides a source of diverse perspective and his likability allows him to connect with audiences. Eagle is always having fun while performing. Not to mention he has the best hair in comedy. Eagle can be found working comedy clubs all over New York City and the rest of the country. In 2017 he won The Devil Cup & in 2018 he was a finalist in Comedy Madness. Both are very prestigious competitions. His credits are growing and already include MTV, Amazon Prime, Kevin Harts LOL NETWORK, SiriusXM, Cosmopolitan, Elite Daily, CollegeHumor, FusionTV. Join his more than 15k followers on instagram or follow him on twitter. You can find him on both @eaglewitt