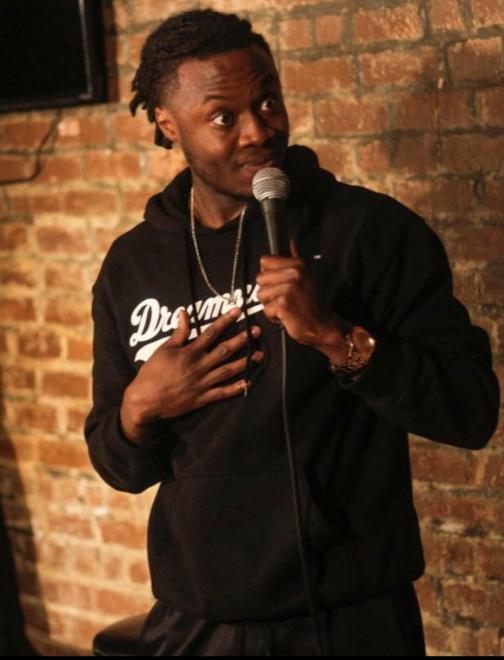 You’ve heard the saying, “If looks could kill…” Well, when it comes to Bronx-bred comedian/actor/host Jatty Robinson, they routinely do. He captivates audiences both on and off the stage with his glaring facial expressions and spirited demeanor. Featured in numerous comedy festivals and competitions, including: New York Comedy Festival, NBC Stand-Up For Diversity (semi-finalist), Laughing Devil Festival (finalist) and made it to the elite 8 in Blackfat Variety’s “One-Liner Madness”, where 64 comedians compete in a bracket style, single elimination one line joke contest. Robinson has also been mentioned in Time Out NY, Pynk Magazine and the Interro bang. Jatty has appeared in Wyatt Cenac’s “AKA Wyatt Cenac” (Emmy-Award nominated) web-series, and starred in “A Sister’s Hope” documentary of activist Jamira Burley on youth activism to end gun violence which received a “Vimeo staff Pick’. Aside from the stage and screen, he occasionally takes time to discuss his journey with students at local public schools.