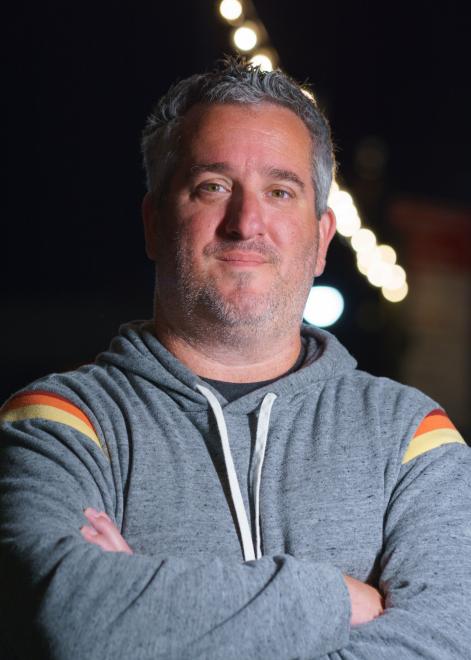 Ken Krantz has been funny his whole life. He had to be to get any attention growing up the youngest of eight kids in a real life Brady Bunch situation. He started doing stand up in 2009 and quickly became a fixture on the Tri-State comedy scene, where he gained a reputation as a no holds barred joke writer. His laid back style combines self-deprecating humor, his views on fatherhood, and his take on pop culture and current events. Ken has performed at all of the major clubs in the Tri-State area, including Gotham, The Stand, Stress Factory, and The Comedy Cellar. He can be seen every month on his own show, Underground Comedy, at Gotham comedy club and has been featured on Rawdog Comedy on Sirius XM Radio. He released his debut stand up album, No Punchline Required, in 2016, and is the co-host of the popular podcast I Love Rock and Roll where he’s interviewed music stars such as David Bryan, Richard Marx and Daisy Fuentes, Stephen Perkins, Kennedy, Jaret Reddick and G. Love. He has been seen on The Anthony Cumia Show, and jokes written for Comedy Central, MTV and NBC. He has also performed on the New York Comedy Festival.