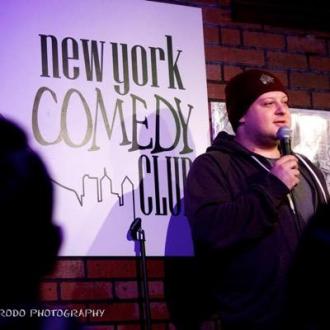 Mike Merkovich was born and raised in New York City. He has been performing, writing and producing comedy since he was 16 years old. Some of his credits include producing and performing in The Melting Pot Variety Show, Carolines on Broadway and The Trump Taj Mahal. If he's not performing Mike can usually be found eating french fries or making out with a fire hydrants. Most importantly his anecdotal style of comedy appeals to all types of audiences from families to drunk college kids. His easy going attitude combined with a keen sense of observation always leaves audiences wanting more.