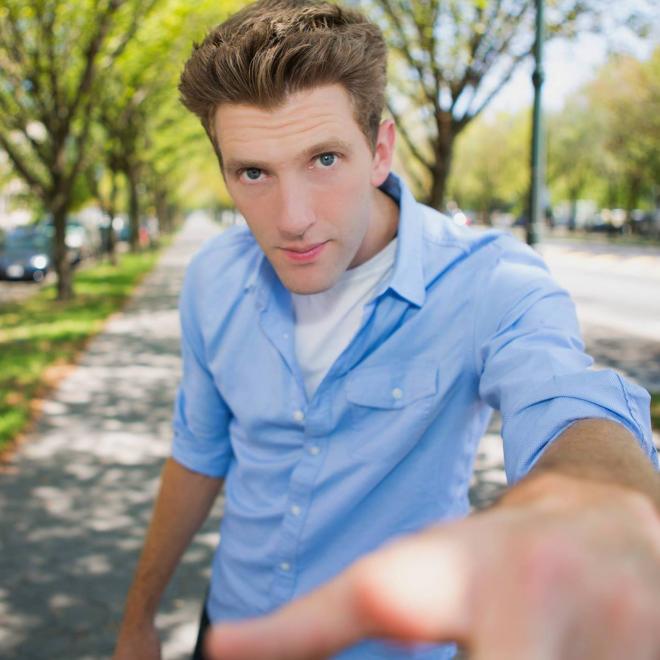 Rob Ryan, like many comedy greats, hails from Long Island and has taken New York City by storm. After graduating valedictorian from Stony Brook University Rob immediately threw out his degree and relentlessly pursued stand-up comedy. In this past year, Rob has hit the air waves appearing on “LAUGHS” on FOX and “Gotham Comedy Live” on AXStv performing original stand-up material. He’s also been featured on Radio and Television ads as an hilarious spokesman for “SHEETZ” gas and convenient stores. He is a presence in the New York scene performing nightly at the Broadway and New York Comedy Clubs, The Comic Strip, Gotham and others. Rob is no stranger to writing having been a contributing writer for a number of sketch comedy groups in New York and L.A. Rob has recently teamed up with ‘The Reel Public’, an on-line sketch comedy group. He has garnered write-ups from MTV.com and CNBC.com for his irreverent hilarious sketches. Rob Ryan’s style is a perfect blend of clean, relatable observational humor wrapped in an energetic delivery. Audiences love that Rob not only shares the thoughts parading through his mind but he shows them, with vivid characters and spot on delivery. Rob’s intelligent witticisms combined with his infectious story telling make his shows not only entertaining but unforgettable. To tell you any more though would be giving it away.